After warring against the Adventure abroad, King Arthur (Richard Short) returns to Britain to find his throne-warming son Modred (Joel Phillimore) has turned against him or her, with plans to dealer a deal with the particular invading Saxons and get married to the queen, Guinevere (Stella Stocker), against her may. Arthur must battle his / her own insecurities, gather their knights and reclaim Excalibur before they can hope to be able to retake Camelot.

Lore-wise, it can a meaningless hotchpotch of the story which doesn’t realize where to start (Arthur and Lancelot, already older buddies, find Guinevere within a cave), isn’t certain how to end (with a lacklustre scrap inside a barely furnished throne room) and struggles to become a member of each of the sketchy dots that lie in-between. The gadget of Arthur’s foreign activities — fighting the Aventure, oddly — and his weak, royal snideness regarding a son wrecking the country while he’s away much more reminiscent of the Robin the boy wonder Hood legend’s take about Richard I and Royal prince John. Meanwhile, details such as Arthur’s loss in Excalibur, or perhaps the root of his / her loss of faith within his capability to rule — apparently crucial to this variation of the character — are never explored.

As the bushy-bearded monarch, Richard Quick (from TV’s Mary Eliminates People) wrestles manfully with all the thin material, but there is an air of perpetual congestion to his performance. You really feel less inclined to sympathise with him than wish he’d take some purgatives.

A forgettable fantasy cheapie whose gruff earnestness seems hollow thanks to the particular unforgiveable thinness of the story and the weak point of its grip on its source material. Oh yea, and a note to whoever came up with the title: nor Arthur nor Merlin are knights of Camelot…
Regarding the most part, the particular film is a matter of Short wonderful rag-tag gaggle of scowling, hard-nut knights stomping around the similar bit of Welsh woodland and barking in cod Olde English, while Marteau (played by Richard Braking system, aka Joe Chill from Batman Begins) pops upwards in two scenes — using a literal “pop”, weirdly, the 2nd time — to talk bollocks for a new few minutes before trotting off to wherever it truly is useless wizards like to spend time. Why this title character does so small is just one of the film’s many frustrating mysteries, attribute of the entire endeavour’s ultimate pointlessness. To quotation another take on Arthurian myth to which this specific film bears some (unintentional) resemblance: “Let’s not move to Camelot. ‘Tis a new silly place. “ 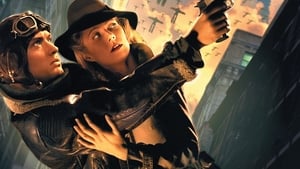